Published on May 12, 2016 by Sarath Gollanapalli

The US Fed released the results of the “Senior Loan Officer Opinion (SLOO) survey on Bank Lending Practices” last week. The 1Q16 survey confirmed that banks continue to tighten the credit standards for business loans and have set a pace to reverse the ‘easing standards’ of early 2015, particularly after US regulators issued a warning in December 2015.

Although both Commercial & Industrial (C&I), and Commercial Real Estate (CRE) loans saw tighter lending standards, the trend in the CRE segment (despite ‘moderately strong’ demand) appears to be unidirectional. All types of banks (large, other, and foreign) reported ‘tightened’ CRE lending or ‘remained same’, in contrast to previous surveys, where at least a few banks had ‘eased somewhat’.

‘Large banks’ cited ‘less favorable or a more uncertain outlook for vacancy rates or other fundamentals on CRE properties’ as the key reason for tightening, while ‘reduced tolerance for risk’ was the key factor among the ‘other banks’.

Although the 1Q16 survey results are similar to those in the previous quarter, the macro trend (see chart below) and the latest report seem to validate that banks are inching towards more tightening. For instance, a significant amount of CRE loans that originated in 2006 need refinancing, and some banks expect tighter refinancing standards for these loans than what they expect for other CRE loans.

The factors impacting CRE lending also do not indicate a signal towards ‘easy lending standards’ in the near term. By early-2016, overall property prices skyrocketed 93% from 2010 lows and 16% above 2007 highs. Spreads on top-rated CMBS bonds widened by 30bps yoy (250bps for BBB bonds) in February, and the CMBS issuance forecast for 2016 was cut by 30%. Loss rates on CRE loans rose in the last quarter of 2015 after remaining at multi-year lows for the rest of the year. Acuity Knowledge Partners 1Q16 (CRE CDO) review indicates that vacancy rates in the US office market rose slightly as new supply came on line.

Although it can be safe to conclude that lending standards will continue to be tight in the near term, it is too early to substantiate the ‘doomsayers’ prediction that the CRE bubble is ready to burst and that a lack of access to lending is the trigger, as “Known-Unknowns” are usually not the catalysts that burst the bubble. 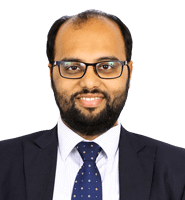 Sarath is responsible for identifying challenges and creating solutions that drive operational efficiencies, optimize costs, and build robust risk management systems for banking clients. He also works closely with the Business Development team and service line owners to drive a market-led strategy and marketing innovation at Acuity Knowledge Partners. Sarath has over 13 years of experience in financial services and investment research.

Prior to his current role, he was involved in product management, pre-sales, and delivery. In the past, he has worked with OPI Global (now EXL) and Deloitte Consulting. Sarath holds an MBA from Cardiff University (UK) and is an Associate Company Secretary (ACS).

Will the strong momentum in US CLOs continue?....