A return to diplomacy, multilateralism, rebuilding alliances – NATO, rejoining the World Health Organization and other United Nations agencies – and signing the Paris climate treaty were some of the key themes of the first presidential speech on foreign policy. The president also highlighted efforts to align the country’s diplomatic programme with the country’s interests. The initiative to provide a billion doses of the COVID-19 vaccine to Southeast Asia in collaboration with its allies to counter China’s influence is a major step in this regard1. Against the backdrop of an economic recovery from the global pandemic, we look at geopolitical challenges the US faces.

1. The Iran nuclear deal and the Middle East

In 20182, the US exited the Joint Comprehensive Plan of Action (JCPOA; signed in 2015), popularly known as the Iran nuclear deal, unilaterally and re-imposed harsh economic sanctions in violation of the JCPOA. Iran’s expansionary nuclear and ballistic missiles programme has subsequently crossed the deal’s key limits on enrichment of uranium and expanding its stock of low-grade uranium. Iran’s support of non-state actors such as the Houthis (Yemen), Hezbollah (Lebanon) and Hamas (Palestine)3 threatens to destabilise peace in the Middle East.

Current US/Iran stance – The Biden administration is keen to revive the nuclear deal with Iran (either the previous JCPOA or a modified deal) to keep Iran’s nuclear ambitions in check. Iran had stated that the next round of talks will be delayed until 03 August, when new President Ebrahim Raisi takes office. The current impasse has been complicated further with the US accusing Iran of blaming the US for delaying negotiations and linking the talks to the prisoner swap (10 prisoners from either side) agreed in Vienna4.

However, the US has made its stance clear – it expects Iran to return to full nuclear compliance and delink the issue from the prisoner-swap talks. The US has refused to lift economic sanctions on Iran until it complies with the terms of the JCPOA.

For Iran, the economic fallout from the sanctions has included limited access to forex reserves and external financing, increasing pressure on inflation and the exchange rate in 2020-21, with inflation expected to hover around 20%5 in the medium term. GDP is expected to grow 1.7% in 2020-21, having contracted 12% in the previous two years. A swift return to the JCPOA and lifting sanctions would improve economic conditions.

Implications for the oil market – Iran produced around 3.8MMbbl/d of oil and exported 2.0-2.2MMbbl/d in the first half of 2018; this has dropped to production of around 2MMbbl/d currently with nearly nil exports due to the ongoing US sanctions against Iran. A partial lifting of sanctions could bring back some of this lost supply to the market. S&P Global Platts Analytics estimates that around 0.9MMbbl/d of additional oil supply (in addition to the current supply of around 0.6MMbbl/d) could return quickly if the US agrees to a new deal or reinstates the 2015 agreement, while the rest could return gradually as investment picks up and deal targets are met6. This poses challenges to the global oil market, as OPEC+ is looking to gradually ease production cuts by September 2022 as oil demand recovers. A return of Iranian oil could delay this gradual easing of production cuts, or the group would run the risk of a prolonged market glut.

The Trump administration had a hostile relationship with China, resulting in a trade war. The Biden administration is expected to take a measured stance in dealing with China, according to Secretary of State Blinken, who described the relationship with China as a “complicated one”, containing a mix of “adversarial”, “competitive” and “cooperative” dimensions. President Biden emphasised the following areas of concern for the US in his telephone conversation with President Xi Jinping: China’s unfair and coercive trade practices, human rights abuses in the Xinjiang region and its expansionist policy on Hong Kong, Taiwan and the South China Sea. President Biden has also pledged to work with China on issues relating to climate change and achieving the goals of the Paris climate treaty.

Engagement with China – The Biden administration has signalled it will not be repealing any of the tariffs imposed by the Trump administration. Doug Barry, spokesman for the US-China Business Council, has said the US-China Phase 1 trade deal will be reviewed. Under the Phase 1 trade deal between China and the US, which came into effect in February 2020, China agreed to purchase USD200bn more goods and services than in 2017; these targets have not been met, according to the Peterson Institute for International Economics (PIIE). China's total imports of covered products reached just USD57bn (69%) through May 2021, versus the target of USD82bn. US exports of covered products to China amounted to USD44bn (62%) over the same period, versus the target of USD71bn7.

President Biden is likely to maintain the elevated tariffs imposed by the Trump administration and focus on getting allies in Asia and the EU to agree before making a move on tariffs. In this regard, the US is deepening ties with Taiwan to keep China’s aggressive stance in the region in check and is looking to strengthen Indo-Pacific security by reviving the Quadrilateral Security Dialogue (Quad), an alliance comprising the US, India, Japan and Australia.

Implications for the commodity market – Continuing the trade deal with China would maintain China’s imports of US goods, especially US agricultural goods such as corn and soybean, as well as the US’s imports of Chinese goods. Both CBOT corn and soybean traded very strongly in 2020 on a sharp spike in China’s imports and continue to do so this year, although higher prices have been pushing farmers to plant more of these crops, increasing supply. The trade deal has also been supportive of metals prices as China’s industrial activity remains healthy and metal demand from the manufacturing sector remains robust.

Surge in undocumented migration – Executive orders to stop further funding for construction of the US-Mexico border wall and a sympathetic view of migrants have resulted in a surge in undocumented migrants from Central America entering the US through Mexico. That said, the defunding of the Plan of the Alliance for Prosperity in the Northern Triangle during the Trump administration increased migration to the US from Central America due to poverty, rising unemployment and criminal violence in the region.

Transition of power in Venezuela – Since President Maduro’s controversial election in 2018, the US has imposed sanctions on Venezuela. Given his close military ties with Iran, Russia and Cuba8, reinstalling democracy in Venezuela becomes a key priority. Venezuela has also become a transit point for the trade of illegal drugs across the Americas, and contributed to the increase in refugees in LatAm.

Countering China’s influence in Central/South America – Barring Mexico, most countries in the region are economically dependent on China, and China has become the Americas’ biggest trading partner through its ambitious Belt and Road Initiative. China has invested heavily in infrastructure development in the region and was the first country to distribute the COVID-19 vaccine in LatAm, increasing its soft power in the region9.

US-Mexico climate change priorities a challenge – Mexico has pushed back on its commitments on renewable energy to strengthen the dominance of state-owned energy companies PEMEX and CFE in the region. In a letter to the Mexican government, outgoing US secretaries of state, energy and commerce raised concern over President Obrador’s controversial energy reforms that threaten both clean energy projects and US investment in Mexico. US energy firms have invested approximately USD40bn for production/exploration of oil in Mexico since 2013-14. The proposed energy reforms (yet to be passed by the legislature) look to undo the 2013 energy reforms that focused on renewable energy and opened the energy sector to private-sector participation.

The increased regulatory barriers to the production and sale of renewable energies and the proposed changes to Mexico’s constitution by the current government that would reverse energy policy threaten US energy investments in Mexico. The Biden government is expected to use a dialogue-based approach to ensure the Mexican government’s proposed energy reforms honour its obligations under the USMCA and NAFTA treaties.

Opportunities – The Biden administration has an opportunity to restore America’s influence in the hemisphere. However, key challenges would be codifying the FTA the US has with a number of LatAm nations (CAFTA-DR), improving its relationship with Mexico and shifting supply chains to Central/LatAm nations to reduce their dependence on China.

In conclusion, President Biden’s foreign policy is focused on reversing the Trump administration’s policies in key areas by re-affirming traditional alliances and taking initiatives to strengthen international cooperation to deal with the coronavirus pandemic. Engaging diplomatically with allies to counter China’s and Russia’s influence to protect American interests, while working with them where interests overlap, has been a key development under Biden’s regime. How it meets the challenge of balancing the restoration of America’s global influence with its values and interests will likely be watched keenly.

Acuity Knowledge Partners offers unique and timely insights in the form of market outlook and country reports customised to meet your requirements. For more details on our macro services, please visit https://www.acuitykp.com/solutions/macroeconomic-and-fx-research/ 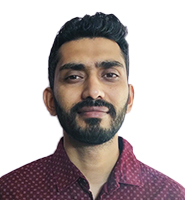 Allen Pais holds a Bachelor of Arts from Jain University and Master of Economics from St. Joseph’s College Autonomous, India