Brexit and its impact on the UK’s banking industry

Published on December 3, 2019 by Shamila Deen

The EU granted a further Brexit extension until 20 January 2020, and the UK’s lawmakers have backed Prime Minister Boris Johnson’s bid to hold a general election on 12 December 2019. They believe this will overcome the deadlock in the UK since the House of Commons rejected PM Johnson’s Brexit deal due to inadequate time to review the bill. Uncertainty prevails.

In the given circumstances, 275 firms in the UK’s banking and finance sector have been identified as taking precautionary measures by relocating to other EU countries, expecting a worst-case scenario of a “no-deal” exit.

Few firms have revealed their reasons for relocating a reported GBP800bn in bank assets, accounting for 10% of the UK’s banking system. The final impact is likely to be far greater, with a ripple effect on the UK economy as it ultimately leads to job losses. Most firms have opted to shift to Dublin or Frankfurt, Frankfurt being the most attractive for both commercial banks and investment banks. The shift in EU base is likely to affect over 5,000 jobs, according to a survey by newfinancial.org. While a few employees are likely to be relocated, the majority would be replaced by new hires, with the banks incurring high labour costs in terms of terminal benefits and recruitment and training costs.

Shifting the EU base would also require investment in new capex, including in IT infrastructure, obtaining new regulatory permissions from the relevant regulators, and establishing new divisions and organisational hierarchies. Most banks and finance companies have already started such investment.

UK banks’ earnings per share could drop 15-20% in the event of a no-deal Brexit, according to Citigroup, on the back of an economic slowdown and lower interest rates. This would strain cash flow needed for investment in new EU branches or hubs.

Banks that remain within the UK are likely to face the following risks: loss of business due to foreign-exchange fluctuations or business relocation, fewer import and export transactions due to the unavailability of single-market “passport rights”, and exchange risks from currency translations. A possible Brexit deal is also likely to alter banks’ relationships with their customers within the EU as they shift from being “within the group” to “cross-border”, reshaping business dynamics, depending on the terms on which Brexit is concluded, if at all. Most of the UK’s trade deals with over 60 non-EU countries, including financial services deals, are conducted through the EU; therefore, Brexit would require new deals to be drawn up for the UK, delaying business until the deals are finalised.

The Bank of England states that the UK banks are well positioned to cope with any liquidity issues arising from shifting operations or remaining in the UK. Risk-weighted assets account for approximately 17% of their tier 1 capital levels (three times higher than during the global financial crisis of 2018), indicating sufficient cash reserves for contingencies.

In either scenario, the banks’ profitability will likely be impacted adversely in the short to medium term, further compounded by global economic conditions that indicate an impending recession. In these circumstances, the UK’s banking sector will likely maximise cost savings. Knowledge process outsourcing is an alternative that could be considered, with organisations such as Acuity Knowledge Partners boasting proven track records of delivering knowledge services to banks. Outsourcing does not entail additional capex; rather, it would benefit banks’ bottom lines, as costs will be less than for employing from EU countries or even from the UK. 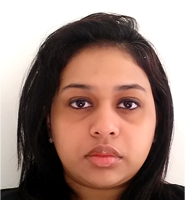 Shamila Deen has over 12 years of banking experience in corporate lending. Prior to joining Acuity Knowledge Partners, she supported the local arm of a leading international bank; an Islamic bank in Doha, Qatar; and a local commercial bank in Colombo, Sri Lanka. She holds a BBA from Northwood University of Michigan, USA, and an Advanced Diploma in Management Accounting from CIMA, UK.

A recession makes companies manage their businesses with limited resources as they anticip....Read More