Published on March 18, 2019 by Sadeera Wijesuriya

In December 2017, the Basel Committee on Banking Supervision (BCBS) published a much-anticipated revision to the Basel III global regulatory reforms, informally referred to as ‘Basel IV’.

The principal feature of the Basel IV is the way banks calculate risk-weighted assets (RWAs) — by adopting a standardized capital floor. This means the calculation of banks’ RWAs for typical banking risks using internal models should not fall below 72.5% of the calculation using the standardized models even for IRB* banks. The new reforms intend to reduce variability in RWA calculations and model risk, and reduce scope for arbitrage between banking and trading books.

Other key changes include a gradual reduction in standardized risk weights for low-risk mortgage loans and the requirement of a higher maximum leverage ratio with an increase for global systemically important banks equal to 50% of the risk-adjusted capital ratio.

The global impact of Basel IV reforms heavily depend on the bank’s geography, individual portfolio structure, and business model. Following the Basel IV reforms, RWAs would increase for banks, resulting in increases in capital requirements for the affected exposures.

In McKinsey’s report ‘Global Risk Practice April 2017’, it is stated that many European banks are expected to face significant capital shortfalls and are likely to have to take some unconventional measures to meet the requirements.

Banks currently use two methods to calculate the RWAs: the standard method and the IRB method, which is primarily used by SIBs*. The risk weights are important to banks, as they indicate how much capital should be held against their loan portfolios. The higher the risk weight, the more capital the bank must hold in reserve to protect against losses.

However, with the current Basel IV standardized capital floor rules, the capital hold of 72.5% applies to both standard method banks and IRB method banks. This means banks with low-risk portfolios must hold capital at equal levels to banks with high-risk portfolios, resulting in an increased cost of credit for customers with low-risk loans, i.e., mortgage loans and loans to healthy businesses and households, given the extra cost associated with additional capital requirements.

Hence, by compromising this link between risk and capital, Basel IV could have negative impacts on growth in the low-risk lending portfolio, the cost of housing for middle-income earners, and economic growth. On the other hand, Basel IV would be more lucrative for banks that deal in high-risk loans, despite the probable increase in the non-performing loan risk of the bank.

The Basel IV impact is not limited to RWA and capital requirements. The impact on the markets, treasury activities, and data and IT systems would create new challenges for banks, and require improvement and more powerful tools to support the changes. These changes include improvement in product control processes and business models to ensure long-term sustainability of businesses and profitability.

This has been the main challenge since the reform of Basel I, i.e., regulators have had to play a balancing act in terms of drafting financial policies that do not have an adverse impact on global economic growth prospects while attempting to protect the banking system from financial crises during global downturns.

* IRB - Under the Basel II, banks were allowed to use their own estimated risk parameters for the purpose of calculating regulatory capital. This is known as the Internal Rating-Based (IRB) approach to capital requirement, generally followed by SIBs. 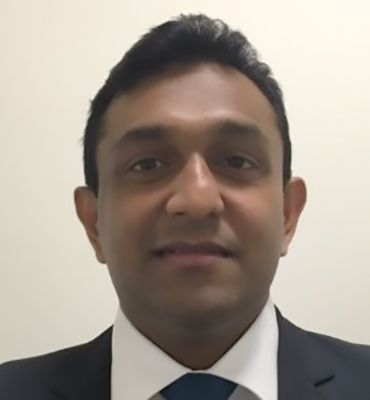 Sadeera Wijesuriya is part of the Commercial Lending division at Acuity Knowledge Partners, and is attached to the Energy team. His current responsibilities involve assessing the creditworthiness of corporate clients, covenant monitoring, and performing risk raters. Prior to joining Acuity Knowledge Partners, he was part of the Commercial Banking team for a multinational European Bank in Dubai, UAE. He holds over 10 years of onshore experience in managing corporate client portfolios. Sadeera holds a Bachelor of Business Administration from Clarion University of Pennsylvania, USA.