A380: Another Concorde in the Making?

Published on July 30, 2018 by Karthik Seetharaman

Often we come across products that we believe would be pathbreaking and pioneering, and have the potential to be industry disruptors. However, they end up quite the opposite – characterized by a short life span or with almost no takers. The super jumbo from Airbus is a typical example.

The A380 aircraft is ahead of its time, just like the Concorde super-jet. The Concorde super-jet existed for about two decades only (lesser when assessed for commercial operations) – a short life span as per aviation industry standards, as most aircraft have a commercial life of at least 25 years before part modifications and upgrades, which extend their utilization.

The Concorde super-jet had an average cruise speed of 1,155 mph – more than twice the speed of a conventional aircraft – and a maximum speed almost twice that of sound. It covered trans-Atlantic routes in half the time taken by an average aircraft.

Although it was advanced for its time, the failing of the Concorde super-jet can be attributed to falling passenger revenue, due to extremely high ticket prices, rising maintenance costs, and concerns about noise generated by the aircraft at full flight. As a product, it could never realize its full potential for air travel and had an extremely limited commercial life, with just 14 aircraft deployed globally for premium passenger flights.

The A380 Super Jumbo Jet seems to be progressing toward a similar destiny. It is an expensive asset (priced at ~USD440m per aircraft), has a high maintenance cost, and has raised concerns around commercial utility in an industry increasingly moving toward a hub-and-spoke model against the aircraft’s focus on point-to-point long-haul network. As an aircraft, the A380 is highly advanced and has a capacity to carry ~550 people in a single flight, highlighting the potential to decongest extremely strained airports, given their limited infrastructure. However, as a product, it does not seem to make commercial sense to most airlines, for now at least. (The estimated cost of operating an A380 is USD29,000/hour, while a 777-200 costs ~USD11,300/hour.)

The A380 is turning into something the industry marvels at, but does not want to own. Emirates is the largest owner of this aircraft type, with ~100 A380 in its fleet, but not too many airlines have deep pockets to operate such aircraft. With just 200+ aircraft in service globally and only ~100 aircraft tentatively ordered for the near term, the A380 program seems to be in jeopardy. Another spanner in the works is the fact that Airbus recorded more A380 cancelations than orders over the past four years. Recent cancelations include Virgin Atlantic’s six A380s. With a development program of ~USD25bn, Airbus can ill afford such cancelations. Already, order backlog and the monthly production rate for the aircraft are at an all-time low (see the table below for details). 2. Backlog years are based on Future Target

3. Approximately half of A380’s backlog is to be decided / tentative

While senior executives from Airbus defend the product and claim that the best years for the aircraft lie ahead, commercial orders in the market belie such confidence, with Airbus becoming increasingly dependent on Emirates to keep A380 production alive. For now, the A380 is on life support. 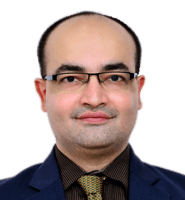 Karthik Seetharaman is a member of the firm’s Corporate Strategy, Research & Aviation practice. He oversees multiple client engagements in the strategy space and is the practice lead for the Aviation practice. Karthik has more than 10 years of experience across diverse fields such as research, consulting, and aviation.

Prior to joining Acuity Knowledge Partners, he worked in a leading aviation consulting firm, where he largely served as a consultant for global airlines and airports and managed business relationships. He has a Master’s degree in Internal Business and a Bachelor’s degree in Commerce from Delhi University.

India’s aviation industry may finally wake up from its slumber and begin to realize its ....Read More