The gift of giving: Why increasing Philanthropy in Asia is good press_release for private banks

A quarter of high net worth individuals globally say charity is a top spending priority, according to a survey of 2,000 high net worth individuals by Barclays Wealth. Traditionally, the US has dominated international philanthropy with the country’s contributions totalling US$225 billion in 2009. However the prolific growth of wealth in Asia has also led to a corresponding boom in philanthropic activity. Hong Kong billionaires Li Ka Shing and Jack Ma as well as the charitable foundations of both the Shaw and Kadoorie families are amongst the most recognizable names in a long list of patrons who together donate billions of dollars to charitable causes. In September last year, Bill Gates and Warren Buffet, both revered as the greatest philanthropists of our time, made a much publicized visit to the Mainland in an effort to raise awareness about philanthropy amongst China’s rapidly growing band of uber-rich. The visit triggered a wave of giving and famously resulted in entrepreneur Chen Guangbiao publicly pledging to leave his US$735 million fortune to charitable causes. As an increasing number of Asia’s wealthy begin to make philanthropy a priority, private banks are eager to provide value-enhancing services that will not only add to the fees and assets under management at the bank but will also help deepen client relationships.

“The Asian philanthropic equivalent to the likes of Bill Gates, for example, is seldom heard of, but it does not mean they do not exist. In fact, Asia’s UHNWIs are among the most generous,” says Tee Fong Seng, vice chairman and head of UHNW, Credit Suisse Private Banking, Asia Pacific.

According to the 2010 Hurun Philanthropy List in China, its top 100 philanthropists have given an average of 6% of their wealth worth US$3.3 billion to charity over the last five years.

“Philanthropy is definitely growing in Asia,” affirms Maya Prabhu, head of philanthropy at RBS Coutts. “Giving back to the community or helping those in need has always been a core part of the values of several Asian communities. This is now being helped by a development of the eco-system that fosters philanthropy.” The eco-system Prabhu refers to includes not just the registered charitable organizations but a much larger web of organizations that can provide value at different stages in the process of charity. Private banks in the region are working hard at finding themselves a niche within that eco-system and are dedicating considerable resources to understanding the philanthropic priorities of their clients.

One such attempt is a white-paper by Credit Suisse published at the beginning of this year that highlights the potential for philanthropists in the region to stimulate growth. The paper stresses the importance of adopting a more business-like approach encouraging clients to leverage their own networks as well the extensive networks of their financial advisors to optimize the efficiency of their donations.

“We are seeing a move from the traditional transactional approach that involves writing a cheque, to an entrepreneurial approach where venture capital principles are applied. At Credit Suisse, more often now, our clients in Asia have told us they want to become involved in philanthropic activities,” confirms Tee.

Rishi Khosla, chief executive and co-founder of Copal Partners, a research outsourcing firm for financial services companies, agrees with the emphasis on the relevance and efficiency of the charitable act rather than the act alone. “For most people, the act of donating is the act of signing a cheque. Donors usually hear about charitable organizations from their friends or relatives, meet with a few organizations and decide to donate to the one which appeals to them emotionally.” Involving professionals can significantly increase the impact of these donations. A businessman and a philanthropist himself, Khosla was often surprised by the disconnect between the act of donating and the effective utilization of money. Wanting to bridge this gap, he partnered with UK-based New Philanthropy Capital (NPC), a consultant to charities and donors. Together, they provide a think-tank for philanthropists looking for guidance on how to give. Initially the think-tank was a free service – an act of philanthropy in itself – but the publicity and goodwill their work has generated has resulted in a number of fee-based mandates as well. Khosla’s clients include high net worth individuals who are potential donors as well as private banks. Clients are most often concerned with finding the best ways to support causes they believe in – this involves finding the many organizations that may support a single cause and ranking them for efficiency. Most donors would prefer to have some external validation of their choices and whilst this may not always involve research firms such as Copal, it is increasingly beginning to involve a trusted financial advisor of some kind.

This willingness of potential donors to involve financial advisors in what has so far been regarded as a private matter has thrown up a number of opportunities for private banks. Credit Suisse, for example, has an advisory team of five dedicated to philanthropy. The team is based in Singapore and assists clients in identifying the right philanthropic cause and then in executing and monitoring the results of the chosen charity project.

The bank also leverages its own integrated platform to find investment options that may match a client’s philanthropic objective such as investments into socially responsible companies and products or even setting up their own microfinance or social businesses, to ensure sustainable and impactful philanthropy. Should clients wish to make direct donations to charity, Credit Suisse has four client foundations that facilitate this. Of the four foundations, three are Swiss-based and have been established for ten years and the fourth was recently launched in Singapore in acknowledgement of the increasing number of philanthropists in the region.

These client foundations offer potential donors around the world comprehensive and well-established infrastructure to realize their philanthropic ambitions and support their preferred charitable causes in an efficient manner. “Credit Suisse is the only bank in the region to have established a philanthropic platform to help clients set up their own foundation,” says Tee but the growing opportunity for similar services has caught the imagination of a number of banks in the region.

RBS Coutts is one such bank, offering similar support to its private banking clients with their philanthropic endeavors. “‘At Coutts, we assist our clients with all aspects of their giving so that it is rewarding for them and their families and achieves an impact on the ground for the causes they wish to support. We work with families to identify their areas of focus, understand the landscape of the causes they wish to support, help identify high performing NGOs to support and to review their philanthropy annually. We connect them with other philanthropists and experts through one-to-one meetings or through Philanthropy Forums – to share experiences and explore opportunities for collaboration, if appropriate. We also provide investment advice for their foundations and trusts,” says Prabhu.

As clients in Asia become increasingly altruistic, private banks who are able to monetize the opportunity this presents may find that they have inadvertently managed to differentiate themselves in an increasingly cluttered market and taken client relationships to the next level while boosting revenue streams and assets under management. Sometimes, it is better to give than to receive. 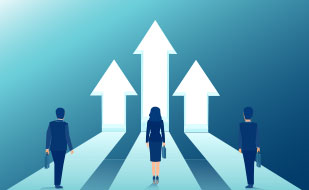 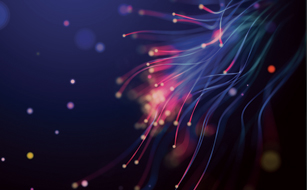 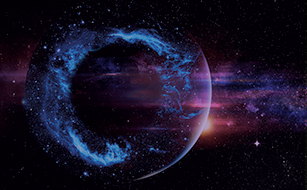 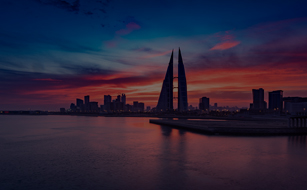 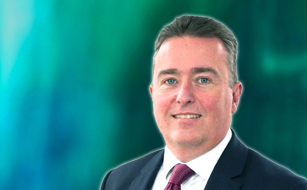