Resetting The Stimulus:COVID-19 And Climate Change

Social Bonds : A significant financing opportunity amid the pandemic

Governments are now allocating an increased share of additional stimulus for climate action; the electric vehicle (EV) industry will be one of the key beneficiaries - During the last two months, the EU, Germany, South Korea and UK have allocated an increased share of their additional stimulus for green investments. The proportion is 30%, 23%, 37% and 10%, respectively, against additional stimulus of EUR750bn, EUR130bn, USD130bn and GBP30bn. The initial stimulus packages announced by Canada, France, and Austria, have also categorically made some climate linkages. However, according to our estimates, only c3% of total stimulus announced globally has been specifically allocated forclimate initiatives. Clearly, this is a small proportion of the total global stimulus, and much more will need to be done. We expect electric vehicle (EV) manufacturers to be one of the key beneficiaries of the green stimulus,as various countries have announced subsidy support for EV customers, in addition to investments in EV infrastructure.

Climate friendly investments outperform in terms of overall socio-economic impact- The direct and indirect economic benefits of climate friendly investments far exceed those of carbonintensive investments. For example, investments in solar and wind energy create more jobs per unit of energy delivered than coal or natural gas. Stimulus spending of USD1mn on oil & gas would generate around 5 jobs versus 13-14 jobs in the wind and solar segmenti and around 8 jobs in energy-efficiency projectsii . Green spending also has a range of “co-benefits”, most notably lowering social and health inequalities. The hidden costs associated with burning fossil fuels in terms of adverse health and climate impact are in range of USD 2.2-5.9tn per annumiii. With around 80% of cumulative global stimulus directed at businesses, there is a strong case for linking this stimulus with climate change considerations. Failing to do so is an inefficient use of tax-payers’ money, in our view.

Union (EU), account for 85% of this global stimulus; they are likely to see a gross debt to GDP ratio that reflects a new peak not witnessed in the past few decades. This is likely to adversely impact future investments by these governments. Currently, developed countries are already struggling to meet their USD100bn Climate Fund commitment. The strain on government finances will further aggravate the situation. This is a concern, given the large gap between actual and required investments for limiting the global average temperature rise below 2oC. Therefore, there is a strong case for stimulus funds to be directed towards climate friendly investments, so that the two systemic risks (COVID-19 and climate change) can be better managed using these stimulus funds. 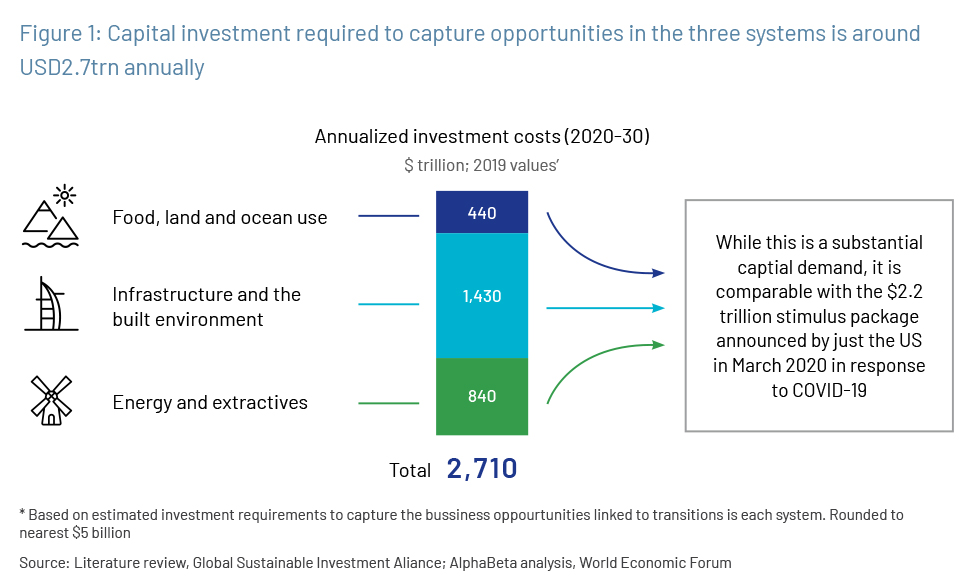 - Most governments, driven by the fear of an economic recession, announced quick roll-outs of unprecedented stimulus packages during March-May 2020. However, these packages were rolled-out without considering their impact on another key systemic risk of this century, i.e. climate change. Given increasing demand from a section of stakeholders to target stimulus funds for climate friendly investments, some countries are now taking steps to ‘green’ a portion of their fiscal support programmes. In the last two months, the EU, Germany, South Korea and UK have announced additional stimulus funds that include specific green allocations. This follows attempts by countries such as Canada, France, and Austria to specifically factor in some climate linkages in their initial stimulus packages. 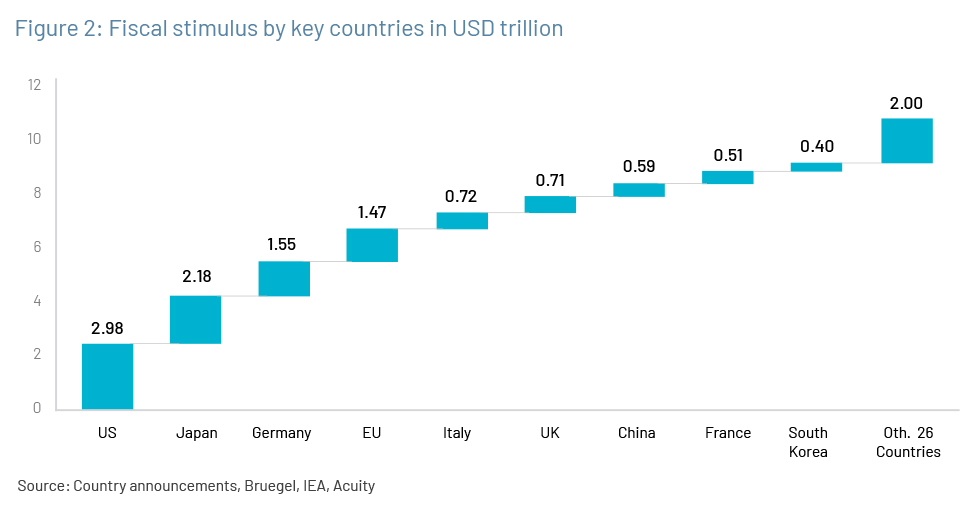 With resumption in business activity and growing demand from climate change supporters, some governments appear to be realigning their priorities, and committing a share of stimulus for green businesses. While the total size of climate friendly investments continues to be small in comparison to the cumulative global stimulus, we expect this share to increase from the current levels, as more governments allocate a higher share of incremental stimulus for climate action. Based on the current stimulus allocation for green investments, EVs appear to be one of the key beneficiaries, with some countries allocating a budget for customer subsidies, supporting EV manufacturers and investments in EV infrastructure.

Various studies and economists agree that every dollar invested in green businesses has greater employment potential compared to carbon-intensive businesses. Also, green businesses result in lower social and health inequalities. There appears to be a consensus amongst economists that investments with positive climate impact outperform climate unfriendly investments on their socio-economic impact. 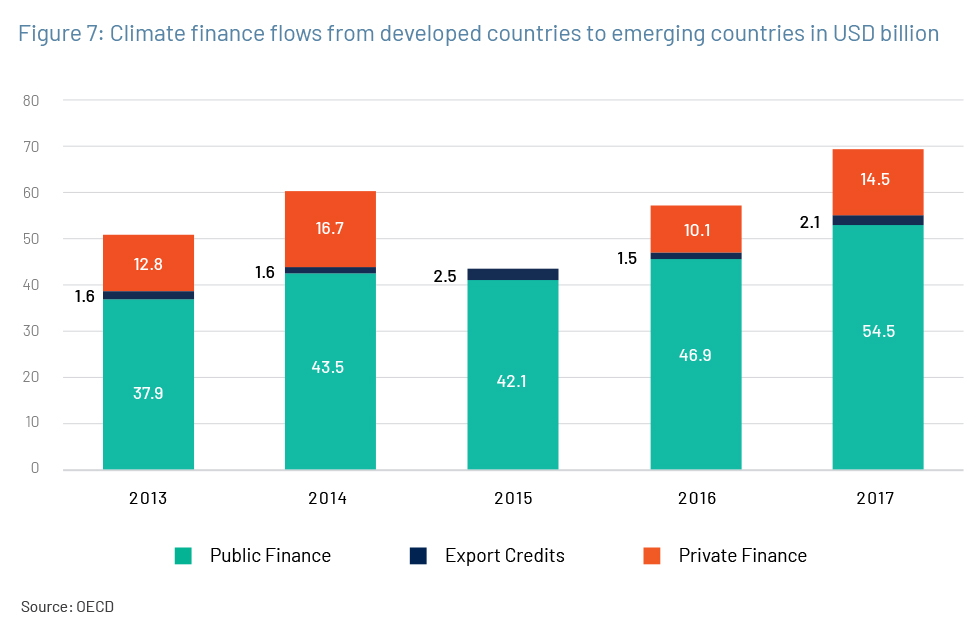 The stimulus programme is an opportunity for governments to encourage corporates to take up carbon-reduction initiatives. This will enable governments to deliver on their Nationally Determined Contributions (NDCs) for GHG reductions. Achieving these NDCs will require significant investments. For example, the IFC estimates that the NDCs of 21 emerging economies together represent USD23tn of investment opportunities by 2030. Availability of public finance for climate investments in the coming years is likely to be difficult, as government balance sheets are likely be stretched after the issuance of COVID-19 stimulus packages. In case the governments do not target their COVID-19 stimulus packages strategically for climate action now, the countries are very likely to struggle in achieving their NDCs. 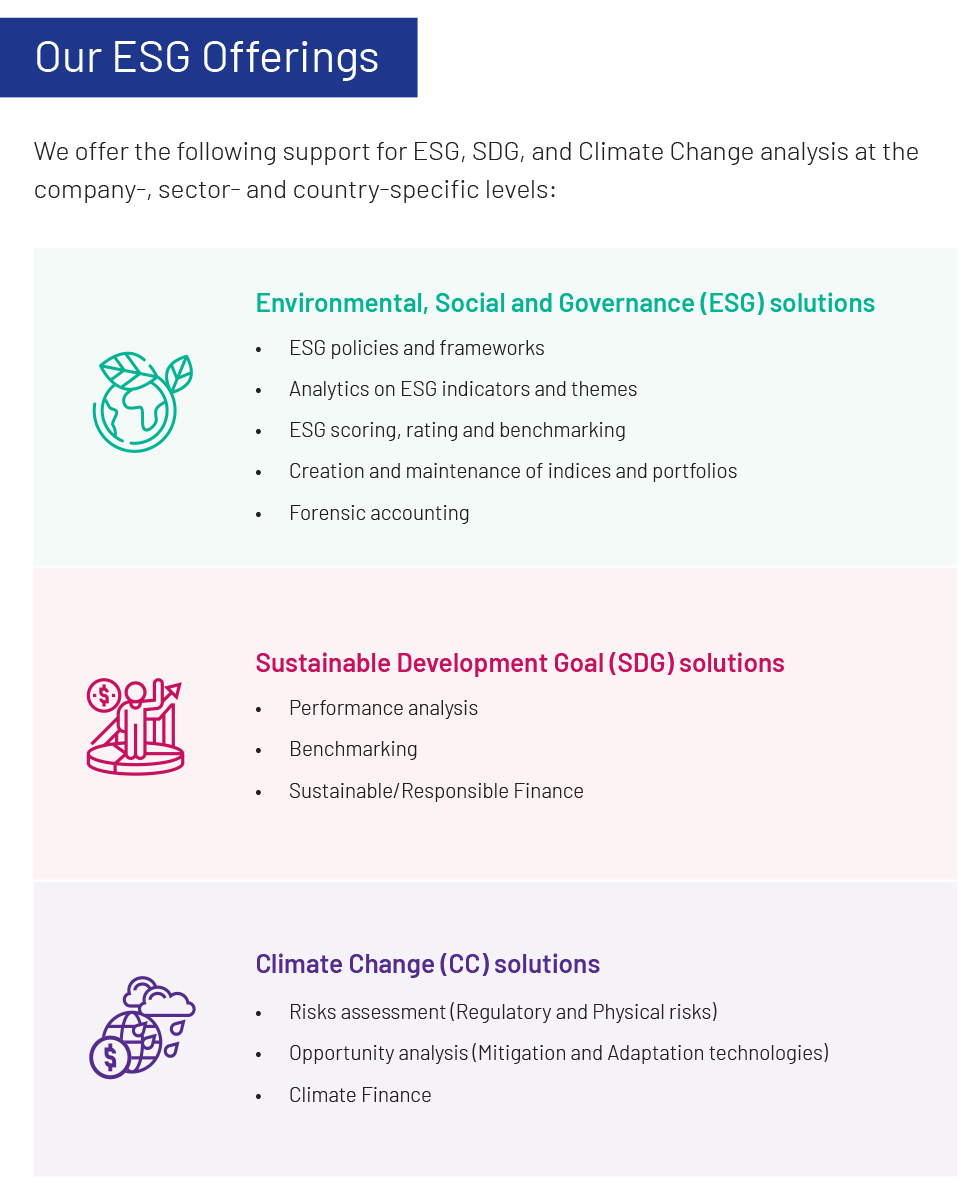 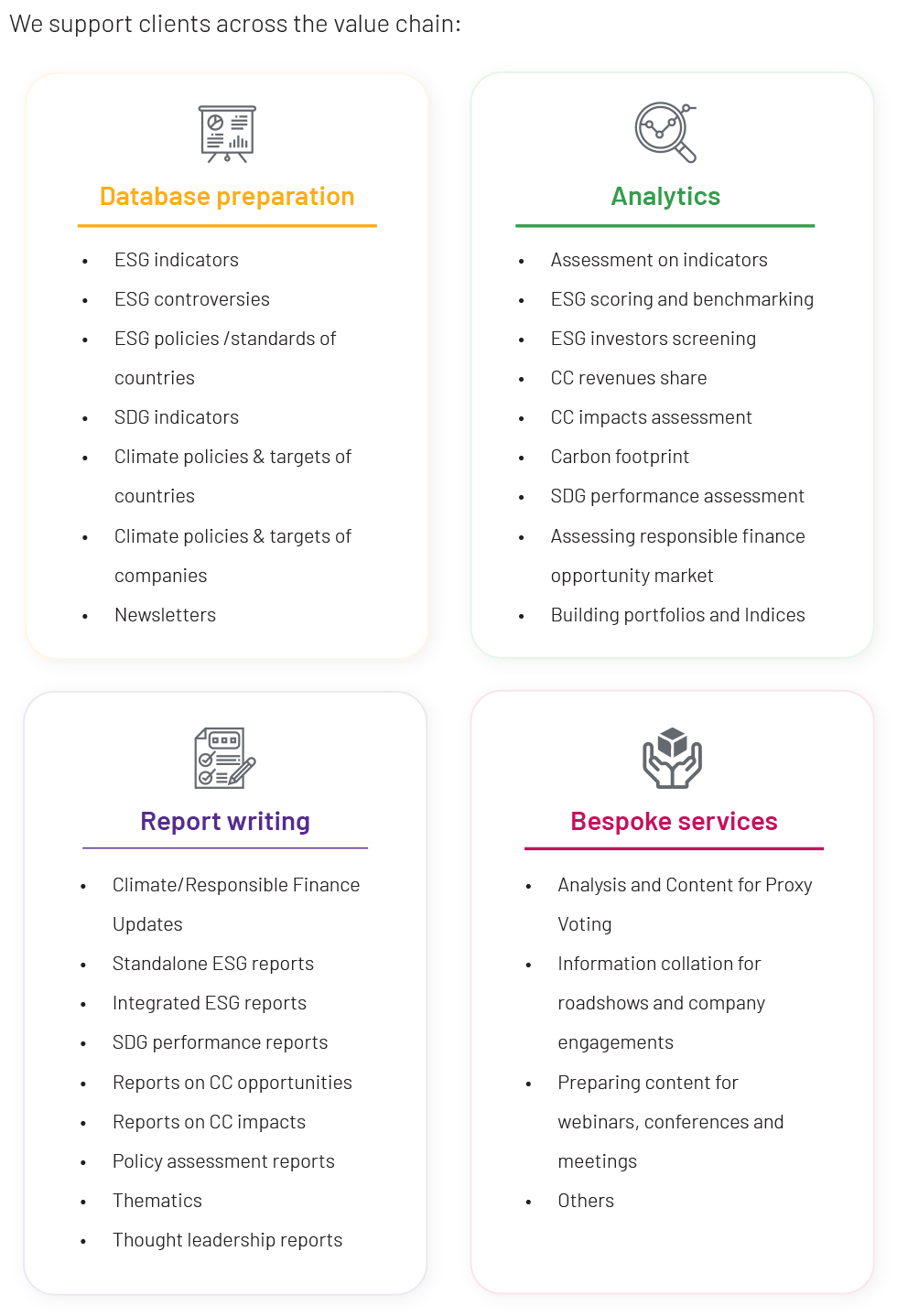 Thank you for sharing your details