CBDCs – The future of digital currency

Changing consumer habits and technological advancements are driving cashless economies. Cashless payments in China and India increased fivefold from 2014 to 2018 and are projected to top USD1tn globally by 2022, according to the World Payments Report 2019. Increasing consumer demand for peer-to-peer (P2P) and real-time 24/7 micropayments and the emergence of e-money and mobile wallets have given rise to a network of pure payment service providers and fintech firms. All technological developments – from the introduction of plastic money in 1950 and ATMs in 1967 to the concept of PayPal and innovation of P2P payments in 1998 – have expanded the reach of banking, increased interoperability and cut transaction time and costs for consumers at the outer margins, but have not disrupted the core structure of banking.

A major development over the past decade has been the creation of distributed ledger technology (DLT) and blockchain, a new way to store and share information. DLT is a protocol that allows access, record keeping and validation to multiple parties simultaneously across a decentralised and distributed network. Since the birth of Bitcoin in 2009, several alternative cryptocurrencies and stable coins have emerged using DLT and blockchain; there are about 5,000 of them now, with more than 40m users. The ability to create digital tokens that can be bilaterally settled, peer to peer, within a decentralised network and without need for a chain of intermediaries has opened up the possibility of a fundamental shift in the monetary system (refer to the following illustration).

An intermediary-based legacy system vs a decentralised network

Central banks across the world are actively adopting the new technology and investing in digital currencies, both due to an increasing need for them and fear that if they do not, private money creation may well undermine their authority one day. About 80% of global central banks were reportedly conversant in digital currencies in 2019, according to a BIS survey.

Central-bank digital currencies (CBDCs), at the elementary level, are accounts held directly with a central bank. They have existed for many years as wholesale CBDCs, available only to banks and financial institutions. General/retail CBDCs, by going beyond just banks, give the general public access to central-bank accounts akin to a digital form of cash. CBDCs are a combination of digital technology, legal tender and universal accessibility, and act as a bridge between existing private cryptocurrencies and cash. Similar to private cryptocurrencies, they utilise DLT that facilitates swift peer-to-peer transactions, while at the same time acting as legal tender and are universally accessible like cash.

The design choices of CBDCs are crucial to meeting consumer needs and policy objectives. The designs will vary based on trade-offs central banks make to achieve timeless and safe payment systems, while reducing the risk of disruption to financial stability. These choices come down to the following:

The other determinant is whether the central-bank account will be interest-bearing. Although this is not key for payment efficiency, it would have significant implications for the banking industry and credit markets.

Financial inclusion: Countries with vast unbanked areas view CBDCs as a path to achieving financial inclusion. CBDCs would make it cost-effective for central banks and commercial players to service remote regions, as the basic requirements are an internet connection and mobile phone with no need for heavy logistical or physical infrastructure.

Financial stability: In many developed countries, cash use has declined steadily, and cashless payments have been concentrated in the hands of a few private players, creating systemic risks. A public option would limit their market power/rent-seeking capabilities by introducing competition, and would reduce vulnerability to large systemic shocks.

Monetary policy transmission and economic crisis management: An interest-bearing account with a central bank could solve many of the transmission problems associated with monetary policy, and make implementation of negative policy rates easier for central banks. In an economic crisis like the present one, relief measures such as direct handouts to low-income households could be implemented via central banks depositing directly in their accounts.

Controlling fraudulent trade: The widespread use of CBDCs would, over time, make cash obsolete, discouraging tax evasion, money laundering and other illegal activities by making it easier for regulators to track such activities. Developing economies, where cash is increasingly used as a store of value rather than a means of payment to evade regulators, view CBDCs as a path towards ensuring a more formalised cashless economy.

Overall increased competition would squeeze a commercial bank’s interest margin and shrink the size of its balance sheet, forcing it to cut funding costs and invest in high-yield assets, which would create new business and market risks. Large profitable franchises that rely on credit card volumes and payment fees would also see a reduction in revenue as customers and merchants route payments through CBDCs. Central banks would initially have to minimise any risk to financial stability as existing players reinvent themselves and new players emerge, against ensuring wide adoption of CBDCs.

Bank runs: We could see bank runs as interoperability between central-bank deposits and commercial-bank deposits eases. In the event of an economic crisis or a loss of public trust in banking, it would be easier for depositors to move funds from commercial banks to a risk-free CBDC. Central banks could use their regulatory power to restrict withdrawals, but they would have to be careful, as any overuse could reduce interoperability and affect payment efficiency.

Privacy: CBDCs largely lack the anonymity of cash, creating risks in terms of loss of privacy both at the bulk data level and the individual level. Technological safeguards and legal frameworks need to be incorporated to protect customer identity and large-scale data breaches by operators. Ensuring confidentiality/integrity of data will be crucial to stability and ensuring public trust in CBDCs.

Many central banks are in the advanced stages of developing CBDCs; some have launched pilot projects, while others have accelerated development amid the pandemic (see image).

In the second half of 2020, the Central Bank of the Bahamas launched "Sand Dollars" (B$), a CBDC built on DLT with NZIA as a technological partner, after a successful pilot project in Exuma in 2019. A major reason for introducing the digital B$ was to reduce costs incurred by the central bank to service cash across the islands. Customers can access this via any authorised financial institution (AFI) that provides custodial and customer services, and conducts KYC/AML operations.

Sweden's Riksbank, working with Accenture, began testing a digital Swedish krona (e-krona) within the DLT environment in February 2020 after three years of rigorous research. Riksbank, facing low cash in circulation as a percentage of GDP (at 1%, the lowest in the world) and a payment market concentrated in the hands of a few players, noted that the e-krona would address the vulnerability to loss of confidence by introducing competition, innovation and financial stability.

Conceptually, the e-krona is a digital token stored in wallets. It relies on two tiers, with trusted participants in the middle, who will distribute to customer wallets and maintain reserves with the central bank, much like the existing system.

China is the first major industrial economy to develop a CBDC; the People’s Bank of China (PBoC) has been working on it since as early as 2014. In 2016, it founded a research institute for developing a digital currency/electronic payment (DC/EP) arrangement. DC/EP is a payment arrangement for digital renminbi (RMB), also called e-yuan. The PBoC seeks to provide a public option in a payment market controlled by two players, Alipay and WeChat. Although the role of DLT is not clear, it is proposed to be a centralised, hybrid, two-tier structure. In April 2020, the PBoC started internal testing in four cities (Suzhou, Xiong’an, Chengdu and Shenzhen) and at 2022 Winter Olympics venues (Beijing and Zhangjiakou).

Venezuela and Iran have explored digital currency as a means to evade US sanctions. Venezuela launched "Petro", backed by oil reserves, in early 2018, and Iran launched "PayMon", backed by gold reserves, in mid-2019. The leading central banks – the Federal Reserve, European Central Bank (ECB), Bank of England (BoE) and Bank of Japan (BoJ) – have also started working on CBDCs; these are still in the initial research phases.

As digital currencies become a critical component in money creation, CBDCs will provide a publicly funded infrastructure on which commercial players would innovate to address customer needs in this digital world. By combining technology and cash, through public-private participation, we believe CBDCs will transform the meaning of cash. 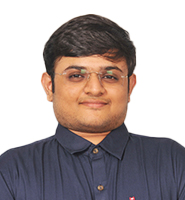 Govardhanagiri Prem Sai is an analyst with a year experience in the commercial lending division at Acuity Knowledge Partners. He is currently part of team of a team undertaking financial spreading and covenant monitoring for a US based bank. He holds a bachelor’s degree in Commerce and a PG certificate in finance

What led to the global supply chain crisis, and ....

The global economy has faced severe supply chain disruptions since the start of the COVID-....Read More

Stablecoins: a new era of money and payment syst....

Money has been through many iterations since its invention, with coins and paper money bei....Read More