M&A deal structuring in the shadow of COVID-19

Published on October 7, 2020 by Harshmeen Kaur

Corporates prefer to engage in mergers and acquisitions (M&A) to establish their presence in uncharted territories and grow rapidly. It helps save time, as they do not have to make greenfield investments and start from scratch in a new geography or business stream. It could also provide an opportunity to acquire the competition. Data for the past two decades shows that the number of M&A deals has increased despite a number of challenges, including the dot-com bubble, the global financial crisis (GFC) and the European debt crisis.

M&A activity improved significantly after such crises due to business restructuring, divesting non-core assets, sector consolidation and opportunistic acquisitions at attractive low valuations. Consolidation deals dominated in 2009 and contributed around 20% of total M&A value. The number of takeover deals started growing after the GFC and reached the highest levels since the crisis in 2014. The structure of successful megadeals included cash-and-stock offers such as Pfizer’s acquisition of Wyeth and AT&T’s takeover of DirectTV. The global annual average deal count was around 11,000 from 2001 to 2010; this increased to more than 13,000 from 2011 to 2019, an increase of around 20%.

An M&A deal lifecycle lasts six to 12 months, barring regulatory hurdles and challenges faced by any of the parties to the deal. Phases of a deal lifecycle include origination, execution and post-closing.

Deal origination or deal sourcing is the first step of the process. Independent investment banking firms aggressively pitch investment/divestment ideas to potential buyers and sellers, whereas commercial banks use their existing client pool to originate deals. Execution involves a number of steps such as due diligence, valuation, deal structuring, and finalising deal terms. It is the most important phase of the deal lifecycle. Valuation is the seller’s key ask, and the buyer duly verifies, modifies and agrees on one. The deal structure is primarily decided by the buyer/acquirer and has many factors, including the stake acquired, consideration structure and payment plan. The post-closure phase of any M&A deal requires actions such as synchronising the operations of the target company with the acquirer (including IT infrastructure), consolidating financials, integrating human resources and restructuring senior-level management, if required.

Deal structuring in any M&A transaction – from the stake acquired to the consideration structure and payment plan – is the backbone of the entire deal lifecycle. It defines the rights and obligations of the buyer and the seller, eventually laying down the structure of the deal terms. A number of factors affect the deal structure; these include the buyer’s appetite to acquire, the buyer’s intent to have a controlling or non-controlling stake in the target, applicable laws, competition, possible tax implications for the seller and the market scenario.

The seller would try to maximise the consideration, whereas the buyer would be more interested in reducing the valuation using different valuation methodologies. The seller would expect the entire consideration in cash and payment upfront, while the buyer would try to structure the payment to include a non-cash consideration and defer payment as much as possible, making it contingent on fulfilling certain agreements. Other aspects such as non-competitive clauses, the target company achieving minimum operational performance goals over the following three to five years, arrangements relating to disputes the target company may be involved in, also play an important role in deal structuring.

How the COVID-19 pandemic is affecting M&A deal structuring

The pandemic is affecting M&A deal structuring significantly, with parties involved in M&A deals considering it to be a crucial factor in deciding how to move forward.

The pandemic is likely to have a short- to medium-term impact on businesses in terms of supply-chain issues, lower or negative growth, liquidity crunches and low visibility on future expansion, but we believe this is the time to gear up for the next level of growth through M&A activity. Good businesses are on the block globally at reasonable valuations, and financial sponsors have ample dry powder for use when valuation levels correct.

Acuity Knowledge Partners has a strong team of analysts supporting a number of bulge-bracket investment banks and boutique investment banking advisory firms. The team has considerable experience in working across the M&A deal lifecycle – from origination and execution to post-closing. The team is able to adhere to strict deadlines, whether in identifying potential targets, valuation using techniques such as relative valuation and DCF, presenting case studies on previous transactions, conducting financial due diligence, checking regulatory requirements and providing post-close support. 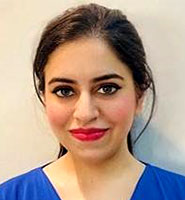 Harshmeen is an Associate in the Mergers & Acquisitions practice at Acuity Knowledge Partners. She has good exposure working with investment banks, providing support on precedent transaction comps, trading comps, valuation models, preparing strip profiles and company profiles. She supports global teams of a major European investment bank and has developed good understanding of the corporate finance markets across the EMEA and Asia.

Harshmeen holds an MBA in Finance with specialization in Investment Banking from Chitkara University, Rajpura and completed her B.Sc. (Medical) from Punjabi University, Patiala. She is passionate about dancing and has actively participated in various cultural activities at organizational level.

Private equity – strong amid a recession....

Private equity (PE) is an alternative asset class through which companies can raise funds ....Read More