How will the oil and gas market shape up in 2021 and beyond?

Published on by Mrutyunjay Panigrahi

The COVID-19 crisis is the worst the petroleum industry has experienced. Most of the restrictions imposed, such as limited social interaction and mobility, border closures and the suspensions of non-essential businesses, directly impact oil demand. Oil demand contracted by 16.4 million barrels per day (mbbl/d) during the peak of the crisis in the second quarter of 2020.

In April 2020, the Organization of the Petroleum Exporting Countries and its allies (OPEC+) reached consensus on the largest output cut in its history. Other global producers also saw “normal” production decline as low prices triggered a drop in spending, resulting in lower production. However, oil prices hovered around USD40 per barrel (bbl) in the next six months. It was only in November 2020 that they breached USD45/bbl following announcements of positive vaccine trials. The upward price trajectory so far in 2021 is driven by demand recovery in Asia, a colder-than-normal winter and an extension of production cuts by OPEC+.

The OPEC+ production cuts are likely to keep supply tight in the near term, putting upward pressure on the price, However, it remains uncertain for how long and how by much OPEC+ will cut production after April 2021. Saudi Arabia will likely look to regain its market share at some point later this year. It is also uncertain whether the US will increase its oil supply again in response to higher oil prices.

In January 2021, Saudi Arabia surprised the industry with its announcement of an additional 1mbbl/d production cut in February and March 2021. The decision eased inventory pressure in the first quarter of 2021 and was considered to be a positive move towards the oil price recovery. The unilateral cut is ostensibly to keep the oil price above USD50/bbl. Saudi Arabia’s cut of c.2.9mbbl/d of production in February 2021 represents 36% of the total OPEC+ cut and c.26% of its base production level. US climate change policies under the Biden administration

President Biden has a very different approach to climate change policies than his predecessor. Soon after taking office, he signed an executive order directing federal agencies to eliminate subsidies for fossil fuels. The Environmental and Energy Study Institute calculates that the US federal government subsidises around USD20bn in fossil fuels a year – from providing tax breaks to regulatory advantages. President Biden has also issued an executive order for the review of methane regulations and set a September 2021 deadline for compiling new rules.

His decision to appoint Gary Gensler to lead the US Securities and Exchange Commission (SEC) is widely regarded as a move to mandate ESG disclosure. As the SEC will likely focus on climate risk disclosures, oil and gas companies would need to disclose and discuss the impact of climate change on their business operations.

Oil and gas majors have been under significant pressure to implement energy transition and align their portfolios with the Paris Agreement. All European majors have set targets to reach net-zero carbon emissions by 2050 as part of their strategies. While most of them plan to reach net zero in scope 1 and 2 emissions by 2050, the level of commitment towards reaching net zero in scope 3 varies.

BP’s announcement of its transition to an integrated low-carbon energy company from a legacy integrated oil company marks the start of a new phase of rapid transition from fossil fuels to clean energy. It targets 50GW of renewables capacity by 2030, equivalent to the target set by EDF, one of the largest power companies in the world and a major developer of solar and wind projects.

However, US majors’ carbon-mitigation strategies have been limited, focused primarily on carbon sequestration and procurement of renewable electricity for their upstream operations. Carbon tax has been around for a while. Norway was one of the first countries to introduce a carbon tax in 1991. The Canadian province of Alberta imposed North America’s first carbon tax for large oil and gas producers in 2007. However, the Norwegian government’s recent announcement to more than triple its tax on carbon dioxide (CO2) by 2030 has made headlines. Norway plans to steadily increase the carbon tax to c.NOK2,000 per ton of emissions of CO2 equivalents by 2030 from the current c.NOK590 per ton. This would provide a stronger incentive to move towards cleaner fuels and reduce emission of CO2 and other hazardous gases.

Governments seeking new revenue streams to bolster budgets ravaged by the pandemic may be tempted to levy a carbon charge on fossil fuel production as part of their energy transition plans. Depending on the level of emissions and carbon price, the value of oil and gas assets could deteriorate significantly.

Electric vehicles (EVs) are very close to mass adoption due to the plummeting cost of batteries. The price of a lithium-ion battery pack dropped to

The mass adoption of EVs will have a strong impact on oil demand; road transport accounted for more than 40% of all oil demand in 2019, and EVs could eliminate as much as 20mbbl/d of oil demand by 2040. However, the oil industry is hopeful that the demand lost to EVs will be partially offset by growing petrochemicals and plastic requirements.

Outlook for natural gas is more resilient than that for oil

Demand for natural gas is expected to outpace oil demand in the coming decades. In most scenarios, natural gas consumption rises from 2018 to 2050, underpinned by its lower emissions and cost of production than other fossil fuels’. Natural gas will be an intermediate solution for climate change concerns by reducing emissions of CO2 as well as other dangerous substances such as sulphur and nitrogen compounds. Furthermore, it can generate near-zero carbon energy when combined with carbon capture, use and storage (CCUS). Coal- and oil-fired power plants in Asia and the Middle East are likely to be replaced by gas. Within hydrocarbons, natural gas has a modest long-term outlook, with its level in the Rapid scenario in 2050 broadly unchanged from its current level and around 35% higher in the Business-as-usual (BAU) scenario, according to BP Energy Outlook 2020. Since start of the pandemic, the oil and gas sector has witnessed a number of radical changes including the collapse of global travel, the overnight shutdown of many manufacturing industries and drastic changes in energy consumption by households. With the recent surge in COVID-19 cases around the world, there is growing concern about a third wave of infections. Hence, we believe the COVID-19 crisis is far from over. Nonetheless, the oil and gas sector will likely maintain its important role in the energy value chain in the coming decades, although current factors would lead to more intense competition and a technological race amid a flat to negative demand outlook.

We have a large pool of energy experts with a wide range of experience in the investment banking, corporate consulting, private equity and commercial banking practices. We can help you conduct deep research across the energy value chain, including upstream, midstream, infrastructure, oilfield services, refining and petrochemicals, marketing, macroeconomic outlook, commodity outlook and ESG factors. 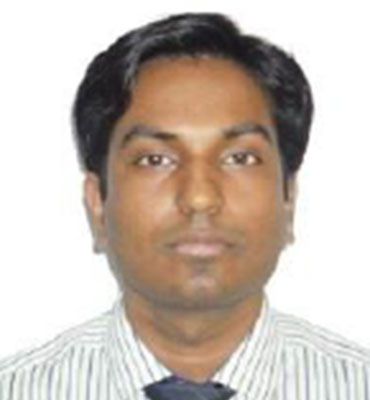 Crude oil prices have remained volatile since their slump in 2014. The average Brent price....Read More