Published on September 9, 2019 by Ruochen Shen

According to China Association of Automobile Manufacturers (CAAM), in 2018, the production and sales of new energy vehicles (NEVs) in China stood at 1.27m and 1.26m, respectively, up 59.9% and 61.7% year-on-year (yoy), respectively. Driven by economic growth and favorable government policies, China’s NEV market experienced a CAGR of 141.5% from 2013 to 2017, outperforming the global market (CAGR of 16.2%) significantly. By the end of 2018, China’s NEV sector accounted for c. 4.5% of the overall domestic automobile production (2022 estimate: 12% share).

Since the BEV is considered to be a zero-emission vehicle, it has been the preferred choice over the other two types, accounting for more than 60% of China’s NEV sales volume in the past five years. In addition, in 2017, China had the highest share of BEVs in NEVs (64.1%) vs. 27.3% for the global market. According to Frost & Sullivan, China has become the largest BEV market (54.3% of the global share, expected to grow to 64.6% in 2022).

In the 13th Five-Year Plan, the national government introduced a series of policies and incentives to drive NEV growth, including national and local subsidies, taxation benefits, and development of charging infrastructure. Take Shanghai for example. The total number of charging piles in the city has reached 210,000, meeting the demand for the city’s 240,000 electric cars. Data released by the Ministry of Industry and Information Technology (MIIT) showed that subsidies totaled 19bn yuan during 2016-17. The MIIT is leading a 15-year plan (2021-2035) to support the NEV industry’s development and optimize industrial layout.

Owing to severe traffic congestion and air pollution, seven cities in China – Beijing, Shanghai, Guangzhou, Shenzhen, Tianjin, Hangzhou, and Guiyang – have imposed a limit on the number of car plates issued each year, relying on lottery or auction. The total number of car plate applicants from these cities reached 6.1m by end-2017, representing a huge unmet demand. They could be converted to prospective EV buyers. However, in recent years, with the strong performance of NEVs, their sales volume in cities with no limits on vehicle purchase has been increasing, indicating their reliance on polices is decreasing and the evolution of the NEV industry is gradually shifting from policy-driven to market-driven developments.

Locally manufactured NEVs have several structural advantages over imported models owing to the absence of customs duty, lower manufacturing costs, and the availability of government subsidies. Frost & Sullivan compared the MSRP in the EV SUV category in China between domestic players and foreign manufacturers. It found that the retail price of the NIO-ES8 and BYD SONG EV300 is RMB448,000 and RMB266,000, respectively, while that of Tesla’s Model X 75D is RMB965,000. In addition, local NEV manufacturers benefit from ample manufacturing capacity, better understanding of Chinese consumers, and low-interest government loans.

Outlook for NEV market in China

In December 2016, several Chinese ministries jointly issued a policy to reduce subsidies for NEV buyers, effective 2017. In February 2018, the Ministry of Finance and four other ministries proposed a new scheme for subsidizing the NEV sector, setting stricter technological requirements for NEV makers. Cars with a driving range of less than 250km no longer qualify for any subsidy; the threshold last year was 150km. Central government subsidy reduced 40% yoy between March 26 and June 25 this year, and 60% after June 25. Subsides will be phased out by the end of 2020. With the subsidy policy change, NEV demand in China is being driven by consumer-led dynamics from the earlier government-led policies.

Currently, there are c. 500 registered NEV manufacturers in China, with a total capacity of 3.9m units annually, or c. 3x the current sales level. Foreign brands have a small presence in China (c. 5% share). As global automakers seek to expand in China, a storm is brewing in the Chinese NEV market. Tesla is constructing Gigafactory Shanghai, with plans to significantly increase the affordability of Model 3 in China by reducing transportation and manufacturing costs and eliminating certain tariffs on vehicles imported from the U.S. In addition, Japan-based Nissan Motor, in partnership with Chinese automaker Dongfeng Group, plans to launch as many as 20 NEV models by 2022. Participation of foreign carmakers may result in better product offerings and more competitive prices.

Shenzhen Gaogong Industry Research (GGII) estimates the NEV market in China to continue to lead automobile growth, expanding to c. 2.3m in 2020 and 2.7m in 2021. BYD – China’s largest producer of electric vehicles – said cuts to subsidies would not impact the industry’s long-term growth and the leading companies would increase their market share. NIO, the first homegrown premium EV brand in China, reported that the production and deliveries of the ES8, its first mass produced premium electric SUV, reached 12,775 units and 11,348 units, respectively, in 2018. Over time, China’s NEV industry will likely have adequate room to grow.

For domestic NEV manufacturers, the absence of government subsides, technical upgrades, and brewing competitive storm are the biggest challenges. To continue to develop and stand out, local players, especially start-ups like NIO, are actively finding ways to overcome bottlenecks. For foreign brands eyeing China’s NEV sector, their expansion may face a bumpy road, as this segment is affected by policy uncertainty and the preference of locals. 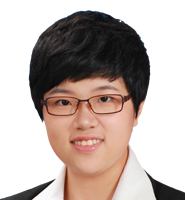 Ruochen Shen is an Analyst of IB team at Acuity Knowledge Partners, Beijing office. She is proficient in conducting industry and company research on both qualitative and quantitative basis. Prior to joining Acuity Knowledge Partners, Ruochen worked in commercial banking industry and was responsible for Intermediary Business Management. Ruochen holds a BSc in Economics from Tianjin University of Science and Technology, China, a MSc in Finance from Renmin University of China, and a MSc in Applied Economics from University of Bath, UK.

The growing adoption of solar power in the energy-generation mix has raised concern about ....Read More