Programmed cell death protein 1 (PD-1) is a protein found in T cells (a type of immune cell) that helps keep the body’s immune responses in check, according to the National Cancer Institute. When PD-1 is bound to another protein called PD-L1, it keeps T cells from killing other cells, including cancer cells.

Some anticancer drugs, called immune checkpoint inhibitors, or PD-1 inhibitors, are used to block PD-1. When this protein is blocked, the “brakes” on the immune system are released, and the ability of T cells to kill cancer cells is increased.

A number of foreign and domestic companies have launched PD-1 inhibitor drugs in China, as the following table shows: Only Tyvyt is on the NRDL

The National Reimbursement Drug List (NRDL) is set by several central government agencies, including the National Development and Reform Commission (NDRC), China Food and Drug Administration (CFDA), Ministry of Human Resources and Social Security (MoHRSS), and Ministry of Finance. Thus, a drug featuring on the NRDL means it is approved by the State Medical Insurance Administration after strict screening, creating a competitive edge over competitors, top-of-the-mind recall and greater market share.

The complete list was officially released on 28 November 2019: only one local drug, Tyvyt (Sintilimab), from domestic firm Innovent Biologics and partner Eli Lilly, was on the list, after the manufacturers agreed to slash prices by 64%, meaning that from 1 January 2020, patients were able to buy Tyvyt at the reimbursement price of RMB2,843 (10ml: 100mg/vial), at 63.73% less than the original price of RMB7,838. Merck & Co.’s Keytruda, Bristol-Myers Squibb’s Opdivo and local firm Junshi Biosciences’ Tuoyi (toripalimab/JS001) failed to cut deals with the Chinese government.

What does this indicate for Tyvyt and Innovent Biologics?

For drugs included in the NRDL for the first time, sales revenue normally increases sharply, despite the large price cuts: for instance, 17 oncology drugs were added to the NRDL in 2018, with an average price cut of 57%. Nevertheless, these drugs reported sales growth of an average of 20x in 1H 2019 and volume growth of 47x. Therefore, we believe sales of locally manufactured innovative drugs will grow fast thanks to early inclusion in the NRDL.

Competition for PD-1 likely to increase

Of these, AK104 and AK105 have gained the most attention. AK105 is a PD-1 target drug, and AK104 is a new drug with dual specific antibodies against PD-1/CTLA-4. (Six companies have launched PD-1 or PD-L1 target drugs; this translates into fierce competition, while in the field of dual antibodies, there are few competitors.)

The most popular target of the global innovative drug market in recent years has been PD-1. For example, Merck's Keytruda (K) drug sales were USD11.1bn in 2019, reflecting y/y growth of 55%. At this rate of growth, K drug sales should surpass HUMIRA (brand name for adalimumab) sales to become the world's best-selling drug.

In China, research and development (R&D) of PD-1 drugs also greatly affects market sentiment. Speed of approval for Hengrui's PD-1 monoclonal antibody was slower than expected in December 2018, and its stock price was affected immediately.

Akesobio started R&D of PD-1 relatively late. It launched the AK105 (PD-1) phase I clinical trial in Australia in December 2017 and in China in January 2018. In January and April 2018, it obtained FDA approval of the investigational new drug (IND) application for AK105 for the treatment of cervical cancer and solid tumours.

It is imperative that pharma companies enhance their research capabilities, considering the explosive growth in China’s pharma space and intensified competition to feature on the NRDL. China’s booming pharma sector presents opportunities for pharma companies to outsource their non-core activities and focus more on R&D to keep ahead of the competition. Acuity Knowledge Partners has significant experience in offering market insights that are vital to companies in China’s pharma sector. Our other enabling solutions include industry analysis, compliance testing, monitoring programmes, risk trend analysis, and risk mitigation and regulatory aspects that are relevant for effective business decisions. 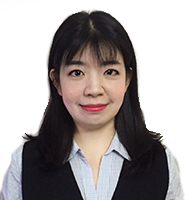