Published on August 10, 2022 by Jiawen Chen and Cheng Peng and Xuewei Zhang and Zhexian Yin

In April, the epidemic and the lockdown dampened export growth more than expected. Exports were not only lower than the consensus estimate, but also materially behind the March level.

In June, export growth rebounded faster than expected as the domestic epidemic eased and policies were introduced to stabilise foreign trade. Nonetheless, the market is worried about the prospect of exports in 2H. Since 4Q21, the PMI new export order index has travelled from 48.4% to 49.5%. Although it is lower than the 50% boom-bust divide, market expectations are buoyant.

We discuss below the results of our investigation into the factors that may impede China’s export recovery.

Global demand is seeing a shift

In recent years, the ASEAN has seen a spurt in demand, led by Vietnam, at the cost of China, due to relatively cheap labour and expansionary economic policies (e.g., export tax cuts).

The Vietnamese government has strategically transformed the nation into a ‘China plus one’ alternative by engaging in numerous free trade deals. In April, while China’s exports hit the bottom since July 2020, Vietnam’s exports peaked since June 2021. Moreover, in early 2022, Vietnam’s export growth went past China’s.

Another highlight of Vietnam’s exports is agriculture, forestry and fishery products. This category brought home USD15.8bn (up 17.9% y/y), making up 8.5% of total exports.

Although China’s 1H export growth has met the expectations of most investors, lessons learnt from the Shanghai episode cannot be ignored. Home to the world’s largest port, Shanghai has seen a suspension of port operations since late March given the pandemic. During the lockdown, life came to a standstill. Factories downed their shutters across the city, people were confined indoors and the port was inactive. The total export value in April contracted 51.58% m/m. While the drag on exports was modest for labour-intensive products, including few intermediate goods, semiconductors and auto parts . The hub of semiconductor and auto parts production, Shanghai reported an 11.4% m/m slide in exports of mechanical and electrical products and 5% m/m contraction in exports of high-tech products.

Shanghai has managed to stop the rot, while the rest of the world is gradually opening up. However, the risk of business disruption lingers, as there could be another round of outbreak.

In the face of these roadblocks, many people would be concerned whether China’s export boom has come to an abrupt halt. No, it hasn’t. We believe China’s exports will see secular growth and the muscle China’s exports inched up 14.2% y/y in 1H22 following a 29.9% y/y expansion in 2021. However, as the nation has reached the summit in global exports (15% share), a steady slowdown in export value growth is inevitable. Although the COVID-19 exigency has decelerated China’s exports, we do not see evidence of the possibility of a migration in the supply chain in the long run, due to reasons explained below.

China’s COVID-19 epidemic has improved, and work and production have resumed in Shanghai since 1 June. The nation’s export growth rallied to 17.9% y/y in June from 3.9% y/y in April, underscoring a gradual revival in the export supply chain. Nonetheless, the growth trails last year’s increase. Meanwhile, the recent depreciation of CNY may alleviate some of the downward pressure on exports in 2H. In general, a weaker CNY usually brings good news for export orders with a time lag of 6-9 months.

Demand from the euro zone and other countries has picked up

China’s industrial clusters and supply chain edge over the past two decades cannot be underestimated. The nation’s industrial system, including raw-material processing, component production and product assembly, is more sophisticated. Notwithstanding Vietnam’s and other ASEAN countries’ scaling up, China’s traditional staple export commodities, such as bags and apparel, have sustained the 15-30% growth. Therefore, escalating labour costs and tariffs imposed by Europe and the US on China cannot dislodge it in global exports. At best, Vietnam, in our view, is more likely to supplement China’s supply chain in the long run.

‘Made in Vietnam’ cannot completely replace ‘made in China’

Vietnam is relatively small on multiple counts. It encompasses 1/30 of China’s territory, boasts 1/14 of China’s population and makes up 1/50 of China’s GDP. Despite the lower labour cost and tariffs, Vietnam cannot replace China, due to its scale.

Yet, tariffs, labour costs and epidemics have swayed countries to source electronics and apparel products from the Southeast Asian market. But most of the raw materials are imported from China. In the first five months of 2022, China’s exports of textiles and clothing to the ASEAN totalled USD22.69bn (up 23.0%), or 18% of China’s cumulative industry exports. Year-on-year shipments of textile yarns (USD1.39bn), fabrics (USD11.03bn), textile products (USD4.49bn) and clothing (USD5.78bn) were up 30.6%, 26.1%, 10.7% and 26.3%, respectively.

Vietnam’s exports rely highly on foreign enterprises. According to Vietnam’s ‘People’s Daily’, foreign-funded enterprises in Vietnam exported goods and services worth USD135.9bn in 1H22, up 16.4% y/y (a net increase of USD19.15bn). They contributed 73.1% to the nation’s total exports. To leverage cost and other benefits, some Chinese enterprises have set up factories in Vietnam.

After factoring in China’s 1H exports, elements that may interfere with China’s export recovery and our forecast, we believe China’s position as an export bellwether will be unchallenged in the near term. After it completes its ‘industry upgrade’, it will likely play an indispensable role in foreign trade (over the long term).

Global fund managers keen on China find it difficult to closely track and monitor the market. Many fund managers are, therefore, turning to dependable third-party research firms, including Acuity Knowledge Partners (Acuity), to closely track the Chinese economy. Acuity, with a decade-plus presence in Beijing and talent pool of bilingual analysts, can assist investors in monitoring economic indicators, building macro databases, translating policy documents and preparing macroeconomic and sector reports, among a host of other functions. 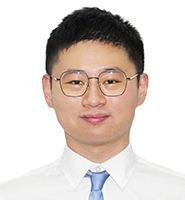 Jiawen is supporting a Japan based investment bank on Equity Research from Acuity’s Beijing. He has a Masters in Economic Policy from The Australian National University. Prior to Acuity Jiawen worked as Economics lecturer in high school. 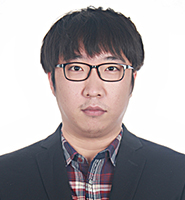 Cheng Peng works as an equity research analyst in Acuity’s Beijing office. He has a master’s in international economics and Finance from The University of Queensland. Prior to Acuity, he worked as an auditor in a global auditing firm. 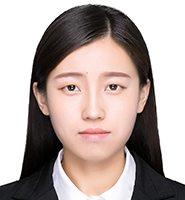 Xuewei has over 4 years of experience in financial services industry. She supported Equity Research teams of top-tier global Investment bank, focusing on Korean Healthcare sector. Prior to Acuity, she worked as Equity Research analyst and Equity Investment Manager in multiple China based buy-side firms. 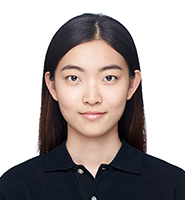 Zhexian is an investment research analyst working from Acuity Beijing. She has a Master in Corporate Financial Management from SKEMA Business School.

Will artificial intelligence replace the seasone....