Blockchain – a revolutionary new technology – is expected to reach its full potential in the next five years, bringing cost savings up to USD80-110bn per year to the financial services industry, according to McKinsey. The consulting firm expects the technology to save up to USD60bn in cross-border B2B payments through lower costs and fees and more efficient delivery.

Applications of blockchain across business lines in banks

Lending remains a contract-driven, heterogeneous, and decentralized process. It is at a time and cost disadvantage, given the increasingly complicated regulatory requirements. Blockchain would substitute facility agreements with smart contracts, automating the lending processes.

Smart contracts are self-executing programs embedded in blockchain that automatically permit the next step in a process to take place once the necessary conditions have been met. Integrating smart contracts into private blockchain would automate essential steps in a transaction traditionally validated and carried out by an intermediary. For SME and middle-market loans, smart contracts could be easily adopted, given the simplification in lending.

Blockchain has made loan origination efficient, as the borrower and the lender can agree on credit agreement details (repayment schedule, interest costs, etc.) without any face-to-face interactions, while all other details that need to be verified (such as income/tax and credit ratings) can be uploaded to the blockchain. Once agreements are digitally sealed using a smart contract, a digitally originated loan (or a token) is placed on the blockchain. Data would be shared via decentralized computers without a single point of failure, making blockchain a more secure platform than a conventional centralized structure.

Loan servicing: Blockchain has significant potential to optimize the data collection process. Traditionally, the process has involved principal repayment, payment of loan costs, transfer of loan documents, etc. by the borrower to the lender. With blockchain, these details would automatically get entered into the loan token as blocks real time by linking the blockchain to the bank’s banking system.

Moreover, blockchain allows the time-stamping of documents, which represents rights or ownerships, thereby providing indisputable evidence (which is cryptographically secure) and leaving a permanent audit trail. All the reporting plus repayment requirements would be added to the token. If there are any lapses in loan obligations, the smart contract would be breached, all relevant parties would be notified, and the loan would be transferred to a debt servicer that would then be responsible for the loan. All this information would be stored as blocks, with new information added to the block remaining permanently visible to all parties involved in the deal, making it a more transparent platform. Credit Suisse has formed a consortium with Synaps to use syndicated loans on blockchain systems.

In conclusion, blockchain has significant potential to transform the commercial banking landscape. Initially, banks considered blockchain a significant threat to their business. However, some major lenders have understood its positive effects and have commenced testing its applications, which augurs well for the future.

Applying blockchain in securitization: opportunities for reinvention by Deloitte

Blockchain Technology in the Insurance Sector by McKinsey & Company. 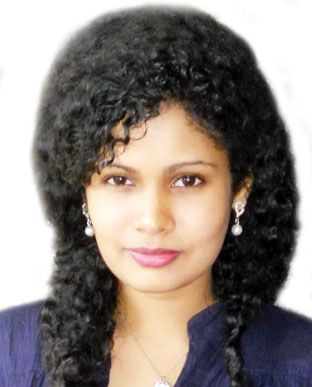 She holds a BBA degree from University of Colombo. Wayomi is an Associate member of the Chartered Institute of Management Accountants, UK. She has completed all three levels of the CFA examination from CFA Institute, USA and is currently pursuing a MBA from the University of West London, UK.

Hello It is very well written and knowledgeable though I wanted to ask what all sectors can utilize the blockchain technology and benefit from that and what will be aftermath?