Published on December 19, 2019 by Keerthivarman Balasubramaniam

Agency lenders the Federal National Mortgage Association, commonly known as Fannie Mae, and the Federal Home Loan Mortgage Corporation, known as Freddie Mac, are public government-sponsored enterprises (GSEs). They were created to expand the secondary market for mortgages by securitising mortgage loans in the form of mortgage-backed securities (MBS). They provide liquidity to loan originators by purchasing whole loans that in turn allows them to underwrite and fund more mortgages.

Fannie Mae and Freddie Mac operate in all multi-family markets and under all economic conditions. They provide economical, flexible and tailored financing to multi-family housing investors. While they do not actually originate the loans, their programmes support the lenders who grant the loans.

Mortgage rates have plunged to their lowest levels in nearly three years. The 30-year fixed-rate average had tumbled to 3.5% as of 5 September 2019, compared with 4.5% a year ago, falling more than 125bps in less than a year; it was 4.75% in December 2018. Freddie Mac expects the 30-year fixed-rate mortgage to remain stable at 3.6% on average through the second quarter of 2020. On the other hand, Fannie Mae expects 3.7% on average through 2020.

Buoyed by lower interest rates, originations increased in the third quarter of this year, but some credit standards slipped. Originations climbed 8.2% from the second quarter and 4.8% from last year’s third quarter, based on mortgages arranged or originated by the brokerage. Low mortgage rates, along with other factors such as lower unemployment rates and scarcity of inventory, are driving an increase in home prices because lower financing costs mean borrowers can qualify for bigger mortgages.

The two leading lender types are insurance companies and alternative lenders (such as debt funds and REITs). Each category accounted for close to 30% of non-agency originations, up from close to 26% apiece in the second quarter. The market share of banks slipped to 24% from more than 35%. Commercial MBS shops captured a 17.1% share, up from 13%.

Average spreads on long-term commercial and multi-family mortgages remained at tight levels in the third quarter, but moved in different directions. The spread on commercial mortgages fell 16-189bps, while the level on multi-family loans widened by 16-170bps. The figures are based on fixed-rate loans with a loan-to-value ratio of 55-65%.

The wider multi-family spreads reflected a conscious effort by Fannie Mae and Freddie Mac to reduce their torrid pace of loan purchases to avoid exceeding regulatory limits. However, during the quarter, revamped loan-purchase guidelines were implemented, essentially restarting the clock and paving the way for these agencies to resume purchases at a fast pace.

Fannie Mae and Freddie Mac acquired a combined USD112.8bn of multi-family loans over the first three quarters of the year, up sharply from USD90.7bn a year earlier. We believe this puts them in a position to break the aggregate record of USD142.9m they had set last year.

Overall underwriting standards were mixed, with some metrics weakening from the second quarter. The average loan-to-value ratio climbed to 67.2% from 65.3%, and the average debt-service coverage ratio fell to 1.38:1 from 1.48:1.

Fannie Mae and Freddie Mac together own about USD400bn of mortgages in their portfolios. The US housing finance system changed significantly as Uniform MBS (UMBS) went live in June 2019, merging Freddie Mac and Fannie Mae into one to-be-announced (TBA) market. One of the changes that has been implemented is making Freddie Mac give homeowners’ mortgage payments to investors in 55 days instead of its current 45 days, to mimic Fannie Mae’s timeline.

The major benefit of this change is liquidity. Putting both types of MBS into a single pot should increase the amount traded per day. This can cut their yields, as investors could accept lower returns on a bond that they know they can more easily offload. Lower yields would eventually translate into lower interest rates for homebuyers. This would also give investors confidence to buy and sell preferred stock, with seniority second only to securities. Moreover, the creation of UMBS should facilitate better structural reform in the future.

Privatising Fannie Mae and Freddie Mac – The road ahead

Fannie Mae and Freddie Mac played an important role in the Great Recession in 2008. The US government handed the GSEs the largest taxpayer-funded bailout (approximately USD190bn) in the US’s history and placed them into conservatorship.

The Trump administration released its formal plan of removing Fannie Mae and Freddie Mac from government conservatorship on 5 September 2019. The main objectives of the plan are to (a) limit the government’s role in the housing finance system, (b) protect taxpayers from the risk of another bailout and (c) increase the role of private-sector competition. The plan also allows firms to retain more earnings, to grow their capital buffers, instead of sending nearly all their profits to the Treasury under a policy called the “net-worth sweep”, as they did before.

Although many researchers warn that the plan to privatise Fannie Mae and Freddie Mac would be disastrous for the US housing system given the strong economy and the interest of the Trump administration, we believe the stage is set for implementing a housing finance reform. The move could be both highly profitable and risky, but there are many reasons to suggest it will be a better alternative for the housing finance system. 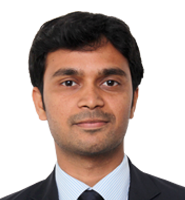 Keerthivarman holds a Masters in Business Administration in Finance and Marketing. Has over 10 years of professional experience covering the US commercial real estate sector, with more than six years in Acuity Knowledge Partners. Before joining Acuity Knowledge Partners’ Kipling team, Keerthi has worked with BlackRock and Accenture. Keerthi has been part of the Kipling RECM team since its inception. Is currently associated with the RECM team as Business Analyst, working directly with the client on technical support related to on-going business requirements.